Australia have announced an unchanged XI that played the series opener of the four-match series against India at Adelaide for the 2nd Test starting Friday, December 14 at the new Optus Stadium, Perth.

Australia have announced an unchanged XI that played the series opener of the four-match series against India at Adelaide for the 2nd Test starting Friday, December 14 at the new Optus Stadium, Perth.

While India were forced to make changes to their squad for the second Test owing to injuries, the hosts don t have any injury concerns. After losing their first Test, fast bowler Mitchell Starc and opening batsman Aaron Finch were under the scanner, but the both have managed to retain their place in the XI.

Starc, despite taking five wickets at Adelaide, has lacked that energy in his bowling. It s been a pretty ordinary year for Starc, who has picked 24 wickets in nine matches. The left-arm pacer has gone for more than three runs per over in 13 of his last 16 innings.

However, Australia might just tweak their batting order with Finch coming under harsh criticism for his off colour performance as an opening. Shaun Marsh or Usman Khawaja may be promoted to the top.

India were dealt with a major blow on the eve of the Perth Test with Rohit Sharmaand Ravichandran Ashwin adding to the injury list with Prithvi Shaw still on the road to recovery after injury his ankle. India will retain their opening combination of Murali Vijay and KL Rahul. 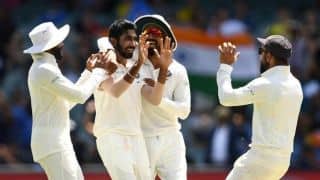 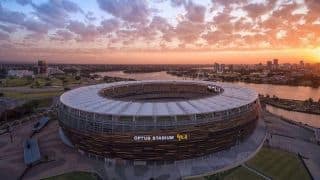