Azharuddin also said that India were the much better side so much so that they compelled the hosts, ranked No. 3 in the ODI rankings, to make mistakes.

Former India captain Mohammad Azharuddin has predicted an ODI series sweep for Virat Kohli and Co. in the five-match series against New Zealand. After two dominating wins in the first two matches, both teams face each other, with India eyeing an unassailable 3-0 lead, at the Bay Oval in Mount Maunganui on Monday. (ALSO READ: Ruthless India aim to close out series against abject New Zealand)

“I think 5-0. The way New Zealand are currently playing, I don’t think they will be able to win any match. But nothing is impossible in one day cricket,” Azharuddin told India Today on Sunday.

Azharuddin also said that India were the much better side so much so that they compelled the hosts, ranked No. 3 in the ODI rankings, to make mistakes.

“We thought New Zealand would put a fight, but our team is a few steps ahead of them. We are a better side in terms of batting and bowling…I think there’s a scope for improvement in the fielding department,” he said.

He feels that if India take a 3-0 lead, then young Shubman Gill, who was drafted into the squad after a phenomenal run in the Ranji Trophy 2018-19 season, should be given a look-in. Kohli has been rested for the remaining two one-dayers and the following three-match Twenty20 Internationals in keeping with the BCCI s workload management programme ahead of the ICC World Cup 2019. Rohit Sharma will lead the side in Kohli s absence. (ALSO READ: India are ready for the ICC World Cup 2019: Zaheer Khan)

“The way India are playing, I think Virat Kohli will return home with an unbeatable 3-0 lead. And if that happens, India can experiment in the final two ODIs. Players like Shubman Gill and other who have not been given a chance yet may play. Vijay Shankar hasn’t batted yet and I think he should be part of the final two ODIs. I believe Hardik Pandya should be promoted up to bat at No.4 in the final two ODIs. He is a capable batsman. We have to think out of the box and if he plays well at No.4, it’s good for India. I want new players to be given the chance after 3-0,” he said.

“I think Rishabh Pant should play in place of Ambati Rayudu in the World Cup. No doubt, Rayudu has played well so far but when you go for the World Cup, your each and every player should be best. I believe, Pant should be given a chance. Kedar Jadhav can bat at No.4 and Pant lower down the order,” Azhar said. 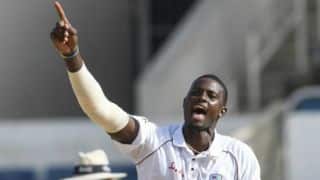