“It was a tough call. There was some extra grass on the wicket and it looked like it would help the seamers a little bit extra. There was not too much for the spinners. We felt including him would give that extra seam action as well as lancing [strengthening] our batting in seaming conditions. It ended up being a really good wicket,” said Kallis at the post-match press conference last night. READ: Rajasthan Royals vs Kolkata Knight Riders Highlights

Defending champions KKR failed to chase an imposing target of 200 and lost the match by nine runs to be virtually out of contention for a play-off berth. The victory, on the other hand, has propelled 2008 champions Rajasthan into the play-offs with 16 points from 14 games.

“Probably it was a side that we were not used to playing but still the players who came in were good enough and capable to produce the goods. That’s the disappointing part,” observed former South Africa all-rounder Kallis.

Pakistan-born and England-based Mahmood, who did not get a look-in in the first 13 games, was included in place of West Indian bowler Sunil Narine and was very expensive in his three overs, giving away 41 runs, and then made just six while batting in the huge run-chase.

“It was a tough selection. Obviously the wicket here is more seam-friendly than spin friendly. Sunny [Narine] probably has not been the same bowler, has been under the spotlight. He is working hard in his action. He is probably not as effective as he was last season. It will take time,” Kallis said. IPL 2015 Highest wicket-taker: List of best bowlers in IPL 8

Kallis also rued the team’s botched chances in the previous two games which he said led to their predicament.

“We can look back and say it all boils down to the fact that we did not take our chances in the previous two games against Chennai, which we should not have lost, and against Mumbai. Watto [Shane Watson] came in and played a world class knock [104 not out in 59 balls] and put us under pressure,” Kallis said. IPL 2015 Highest run-scorer: List of best batsmen in IPL 8

“Obviously Watto is a world class player. He proved that again today. He played really well and put our bowlers under pressure. He played unbelievably well. When a guy scores a 100 off 50-odd balls you invariably get 200 to chase which is tough. Our discipline [in bowling] was not as good as it should have been. We bowled a few no balls that really hurt us,” he said. IPL 2015: Schedule with venue details

“I thought we chased was pretty good. We were on target pretty much throughout. We lost wickets in a cluster which cost us the game. From a run chase point of view we were as close to spot on as we could be. It was a great run chase. But [Chris] Morris bowled well and picked up four wickets,” he said about the run-chase that got stopped at 190 for nine. IPL 2015: Points Table and Team Standings

He conceded that KKR lacked consistency this season. 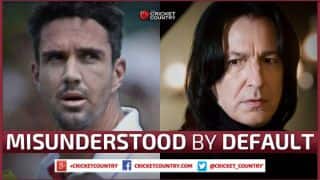