The last time when these two sides faced each other, MI beat CSK in Mumbai and the MS Dhoni-led unit will be keen to return the favour this time around.

Having returned to winning ways with a win over Sunrisers Hyderabad (SRH), Chennai Super Kings (CSK) will now take on Mumbai Indians (MI) in the 44th match of the Indian Premier League (IPL) 2019 at the MA Chidambaram Stadium in Chennai on Friday.

The Rohit Sharma-led unit is coming into this game after enjoying a four-day break following their defeat against Rajasthan Royals (RR). While MI defeated MS Dhoni-led CSK in the first leg of the matches of this season, CSK will look to return the favour as they host MI.

CSK though will have some issues to sort. Although the duo of Dwayne Bravo and Deepak Chahar bowled well in their last game, the spinners Harbhajan Singh, despite his two wickets against SRH and Imran Tahir struggled to stem the flow of runs.

Coming to their batting, Shane Watson s return to form and Suresh Raina coming in with a crucial 38 in the previous game is a welcome sign. However, the form of Faf du Plessis, Ambati Rayudu and Kedar Jadhav remains a concern for the defending champions. An area where MI will look to target. (ALSO READ: IPL 2019, CSK vs SRH: Pandey cashes in, Watson proves his worth and other talking points)

MI though too have their batting problems to solve. While Quinton de Kock has been extremely consistent and Suryakumar Yadav and Hardik Pandya have played some blitz, the likes of Rohit Sharma, Krunal Pandya and Kieron Pollard have struggled to find consistency. (ALSO READ: IPL 2019: I asked MS Dhoni if he liked my version of the helicopter shot, he said it was good: Hardik Pandya)

What shall please MI is the way in which Rahul Chahar has performed. The 19-year-old leg-spinner has nine wickets in seven matches this season, at an economy rate of 6.61. The leader of their bowling attack though will be Jasprit Bumrah. The right-arm pacer, who has 11 wickets against his name, will be key as MI will try and keep Watson, at the top, and Dhoni, who turned the clock to hammer unbeaten 84 off 48 balls, at the end, in check.

While they are yet to have a really big opening stand this season, the home team will be relieved with Watson s return to form. However, what will please them is the likes of Faf, Rayudu and Kedar doing away with their scratchy season with the bat and expect Dhoni to maintain his form.

Chahar and Bravo s form are the other big ticks for the home team and the two, with Chahar being one of the best bowlers in the powerplays, and the West Indian showing signs that he is finding his groove in the death overs.

With Markande struggling in the last game, MI may give Jayant Yadav, the off-spinning allrounder, a chance in the playing XI and accompany the duo of Rahul and Krunal on the spinner-friendly conditions in Chennai.

Weather: It is going to be an extremely warm day in Chennai with the maximum temperature will be around 38 degrees, with 29 degrees will be the minimum. 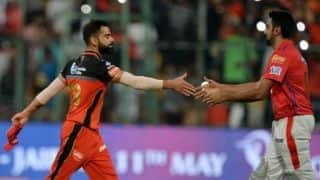 I play with passion, so does Virat Kohli: Ravichandran Ashwin 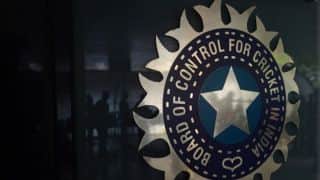