Identifying each member of South Africa’s squad for the Tests as a threat to Pakistan in the series starting with the Boxing Day Test on December 26, Sohail felt that the tourists will need “good luck or divine help” if they fail to put up 300 runs in each innings.

“I always liken touring South Africa to playing golf as when playing on a golf course, you aren t just playing the game against an opponent, but you are going up against the vagaries of, and challenges that come with the environment as well,” wrote Sohail, who played 156 ODIs and 47 Tests, in his column for pakpassion.net. “Similarly, Pakistan will not just be playing against the South African Test team, they will be confronted with very different conditions than what they are used to.

“In terms of identifying threats from the opposition, without being too negative, I would say that every player in the South African side will be a threat to Pakistan. But there is hope for Pakistan and it lies in a simple formula of scoring 300 or more runs in the first innings. If Pakistan can consistently do that in the upcoming matches, with the bowling attack they possess, they will have a great chance to compete or even win the series. Whether Pakistan’s batsmen can get those runs is something we can hope and pray for and to be honest, it will be a case of good luck or divine help if that does happen.”

Sohail termed the tour as the biggest test of head coach Mickey Arthur‘s competence. After Pakistan lost to New Zealand 1-2 this month, Arthur demanded that the players toughen up and seize key moments in Test matches after sloppy batting handed Kane Williamson’s team an away series win.

“The upcoming series against South Africa will represent a huge test of Pakistan head coach Mickey Arthur s abilities,” wrote Sohail. “He is very much aware of the conditions in the country and will need to provide expert guidance to the batsmen as well his bowlers to produce good performances on this tour. Another important point where Mickey Arthur will be judged on will be the fitness of players on tour.

“Now we know that he is a stickler for this aspect of cricket and has been known to discard and drop players like Sohail Khan who do not meet his strict fitness standards. He does not compromise on the fitness of players and this is a quality which is very admirable.”

Pakistan have fitness concerns looming before the Boxing Day Test. The pace bowler Mohammad Abbas, recovering from a shoulder injury, did not bowl in Pakistan’s ongoing tour match against a South African Invitational XI and the opener Fakhaz Zaman, initially not expected to play the first Test, faced 40 balls and scored 19 runs in a comeback innings following a knee injury.

Sohail warned of a heady backlash on Arthur if such players were picked despite not being fully fit.

“Now, if it then comes to light that Pakistan have players on tour in South Africa such as Fakhar Zaman, Shadab Khan or Mohammad Abbas who are struggling with injuries or fitness, then I am afraid this will appear to be nothing but a case of double-standards,” wrote Sohail. “What it will show is that the players he dropped due to fitness issues were people he did not personally like and this will not look good on him. It will be spoken about as a matter of personal like or dislike on his behalf and if it is shown that he can lower his standards for some players than there will be doubts about the sincerity of his intentions when it comes to serving Pakistan cricket.” 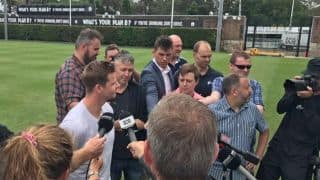 I had the opportunity to stop it and I didn't do it: Steve Smith on ball-tampering plan 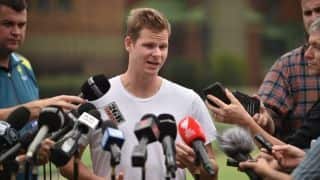