Mumbai have been reinforced with India players Prithvi Shaw and Ajinkya Rahane for the Vijay Hazare Trophy 2018-19 semi-finals on October 17 and 18.

Rohit Sharma, who recently led the Indian team to the Asia Cup title in Dubai, played in a one-sided quarter-final match against Bihar at the Just Cricket Academy ground in Bengaluru on Sunday which Mumbai won by nine wickets. Rohit, who will also be available for the semis, had scored an unbeaten 33, that included three boundaries and two sixes, in the quarters.

According to a report in PTI on Monday, Mumbai chief selectors Ajit Agarkar confirmed that Shaw and Rahane, who were part of the victorious Indian side that sealed the two-Test series in Hyderabad 2-0 inside three days, will be part of Mumbai s Vijay Hazare squad.

Shaw had a dream Test debut in Rajkot where he scored a century and backed in up with a 70 and 30 in both innings respectively in the second Test at Hyderabad which India won by 10 wickets. The 18-year-old batsman handsomely walked away with the Man of the Series award after notching 237 runs in the two Tests.

Rahane, meanwhile, managed to get runs under his belt with the Hyderabad Test being the only match before India head to Australia for the four-match Test series in December. Rahane registered scores of 41 and 80 in both Tests.

India will face West Indies in the a five-match ODI series which begins on October 21 with the first ODI at Guwahati in Assam. The three-match T20I series begins on November 4 with the first T20I at the Eden Gardens in Kolkata.

Meanwhile, Mumbai’s semi-final opponents will be decided on Monday after the third and fourth quarter-finals. 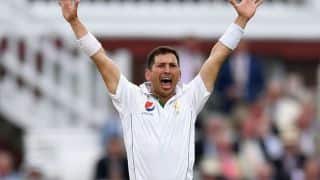 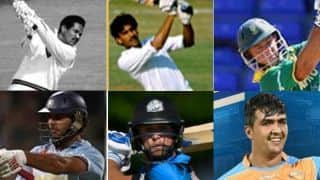