Sunrsiers and Kings XI have garnered six points after three wins from five games, but the Hyderabad outfit are placed due to a better run rate.

Despite decent performances in the first innings, both Kings XI Punjab (KXIP) and Sunrisers Hyderabad (SRH) failed to back it up in the second dig, eventually losing their weekend matches to Chennai Super Kings (CSK) and Mumbai Indians (MI) respectively.

Bruised over the weekend, both KXIP and SRH will have to make a quick turnaround and look to get back to winning ways when they lock horns in the Indian Premier League (IPL 2019) at the Punjab Cricket Association IS Bindra Stadium in Mohali on Monday. (ALSO READ: Stretching and yoga exercises keep Chris Gayle moving)

Sunrsiers and Kings XI have garnered six points after three wins from five games, but the Hyderabad outfit are placed second due to a better run rate. KXIP, meanwhile, are lying fifth in the points table.

The Ravichandran Ashwin-led side, who won all their four matches last season before they shifted base to Indore, are on track to repeat the same show this edition. They won their previous two matches against MI and Delhi Capitals (DC) and are looking to extend their track record this year. (WATCH: Du Plessis, Dhoni and spinners put CSK back on top)

Punjab lost the plot against CSK on Saturday despite half-centuries from KL Rahul and Sarfaraz Khan while chasing 161 as they were restricted to 138 for five. The Lions were choked for runs by the spinners and with Rashid Khan and Mohammad Nabi in the Sunrsiers’ rank, it is going to be another difficult outing for the home team batsmen.

Last year s finalists, Sunrisers were left shell shocked after debutante Alzarri Joseph bamboozled the SRH batting line-up with record figures of six for 12 as the hosts chasing a below par 136 lost by 40 runs. While the top order of David Warner and Jonny Bairstow fired, it was their middle order that was in complete disarray. (WATCH: Joseph’s dream IPL debut hands Mumbai 40-run win over Sunrisers)

With both teams bruised over the weekend, it s left to see which teams puts their past behind and ensures a god start to the week. Let s wait and watch!

Weather: Partly cloudy with a maximum high of 33 degrees Celsius

Kings XI Punjab look a settled outfit and they will expect the same XI to deliver at Mohali. Too much of tinkering will not help the cause and think tank will want to put their faith in this trusted XI which almost won them the match against CSK. While KL Rahul and Sarfaraz Khan looked in good touch, the Universe Boss Chris Gayle was very scratchy and added just 5. The likes of Mayank Agarwal, Mandeep Singh, David Miller need to take more responsibility in the middle overs.

Sunrsiers’ middle-order has hardly been tested and when the opportunity came against Mumbai Indians, the likes of Vijay Shankar, Manish Pandey, Deepak Hooda and Yusuf Pathan fell flat. With no room for change, the Orange Army too will look to play the same XI. There s still no update about Kane Williamson, but it s highly unlikely he will feature in this clash which means Bhuveshwar Kumar will don the skipper s hat once again. However, if Williamson does return then Jonny Bairstow will have to sit out.

It (captaincy) is difficult but when you have experienced players around, it is not a tough job. In the first three matches, we got good opening partnerships, but we never got a chance to test our middle order.” Bhuvneshwar Kumar

We have bowled and defended 10 runs. So, these things can happen in the IPL. It’s very important to regroup. I personally think we have been playing better cricket than ever. Ravichandran Ashwin 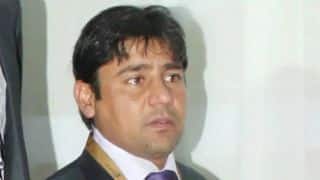 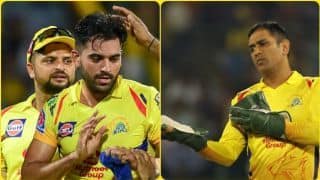