Victorians notched up their sixth win of the season and are now level on points with Chittagong Vikings.

Nothings seems to be going right for the Khulna Titans in this season of the Bangladesh Premier League (BPL). The Titans, firmly occupying the bottom place of the table, suffered yet another defeat their ninth of the season after going down to Comilla Victorians by 80 runs.

Evin Lewis was the star of the evening. The West Indies batsman smashed an unbeaten century the fifth joint fastest in the BPL as Victorians cruised to victory at the Zahur Ahmed Chowdhury Stadium in Chattogram on Monday. (ALSO READ: Mustafizur Rahman s 3/28 helps Rajshahi Kings beat Chittagong Vikings by 7 runs)

Put into bat, despite opener Tamim Iqbal (25) misfiring, Lewis single-handedly took on the bowling attack. Mahmudullah pulled this a little after getting the wickets of Tamim and Anamul Haque off back-to-back deliveries, but Lewis found support in Imrul Kayes as the duo added 97 for the third wicket. Lewis tonked a whopping 10 sixes and five boundaries to reach 109 in just 49 deliveries, while Kayes added a quickfire 39 off 21 before the partnership was broken by Shariful Islam in the 15th over.

Victorians made 70 in the last five overs with most of the runs coming from Lewis blade.

In reply, the Tians were bundled out for 157 with Brendan Taylor top scoring with a half-century. None of the other batsman failed to register any significant contribution with the Pakistan s Shahid Afridi and his countryman Wahab Riaz sharing six wickets between them. (ALSO READ: All-round Sylhet Sixers thrash Khulna Titans by 58 runs)

Riaz returned with figures of three for 14 in his 2.5 overs while Afridi was a tad expensive. He went for three for 27 in his four overs.

Victorians notched up their sixth win of the season and are now level on points with Chittagong Vikings. 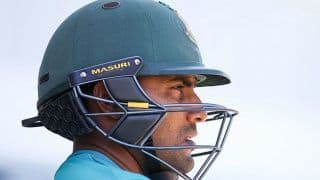 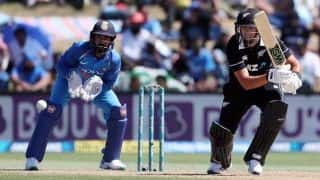