Consistency has been a major issue that has plagued the Indian bowling attack in the past, but Arun was happy to note that has been eradicated.

India always had a weak link during their away tour – the pace bowling attack – not the case anymore after Ishant Sharma, Jasprit Bumrah and Mohammed Shami accounted for 14 wickets in India’s historic opening Test victory in Adelaide. The Indian pace battery bowled with consistent pace and accuracy which has given India the edge especially on their away tours to the SENA countries (South Africa, England, New Zealand and Australia).

Such has been the difference in India’s potent fast bowling attack that bowling coach Bharat Arun termed the pace unit as the best India has ever produced. “So, far, yes, I can say that, not only now after what they did in Adelaide, but what they have done over a period of time in South Africa, England and now, in Australia, this is probably one of the best group of fast bowlers India has ever had,” Arun told reporters in Perth ahead of the second Test which begins on Friday.

“It’s a great feeling from the Indian perspective that the fast bowlers are doing a great job. It’s not just one or two, there are a bunch of bowlers who are doing well, but it’s not about doing well, it’s the effort and the consistency with which they are able to perform over a period of time and that’s very encouraging.”

ALSO READ: Adelaide Test victory one to savour, but much to ponder for Virat Kohli’s India

Consistency has been a major issue that has plagued the Indian bowling attack in the past, but Arun was happy to note that the problem has been eradicated.

“Consistency was a big issue earlier, and that’s something which we have addressed with the bowlers. This is something they have really worked hard on. There’s a one per cent factor which we insist even during practice, but the bowlers have responded exceptionally well, so that’s showing dividends right now,” he said.

ALSO READ: Keep your feet on the ground, don’t get carried away: John Wright to Virat Kohli’s India

The new pitch at Perth’s Optus Stadium which will be hosting its debut Test will have good pace and bounce. While Indian bowlers will be looking to exploit the conditions on offer, Arun said that consistency will be the key.

“You can be carried away with the extra pace and bounce, but you need to understand that on any responsive track, what is really going to be successful is your consistency and that’s exactly what we’re going to work with the bowlers,” he said.

“We quite expect this (bouncy wickets), each time you’re on foreign soil. The wickets are a lot conducive to suit the home bowlers and our batsmen are also aware that we would be faced with wickets that will have enough bounce, pace and they have worked really hard at it.”

“We just test out how far they have executed it each time, so that feedback allows them to be more consistent. I will put it across to the bowlers and ask them what their plans are and as long as it’s on line to what we want to execute in the game, it’s perfectly alright.”

Elaborating on Ravichandran Ashwin, who took six wickets in the Adelaide Test, Arun said that the premier offie has brought control to the bowling.

“Spinners mature a lot with age, maybe they are like wine, so Ashwin has been really good. The last match, he helped us to control. He gave us the control bowling close to 90 overs for 147 runs and six wickets, you can’t ask for anything better because he would allow the fast bowlers to take turns and he could control at one end. That’s the job he was entrusted with and he did that exceptionally well,” Arun said of Ashwin, who jumped to No. 6 spot in the recently-release ICC Test bowlers’ rankings.

“Ashwin has been extremely confident. He is a lot aware of what he’s doing. Most of the conversations linger around, a spinner, it’s important discovers what are the things he can do, and for that to happen, the coach can give him the necessary feedback because most often what the bowlers think that they are doing and what they are actually doing can be different things and if you can bridge the gap, that’s when the bowlers can grow.”

ALSO READ: If Rishabh Pant makes a mistake, then I’ll be in his ears: Ravi Shastri

On Ishant Sharma’s no-ball that almost had Aaron Finch dismissed for a pair in Adelaide, Arun said: “These sort of issues keep cropping up, but it’s the challenge for him and the coach to sort those things out.” 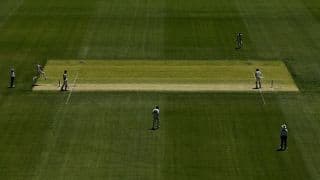 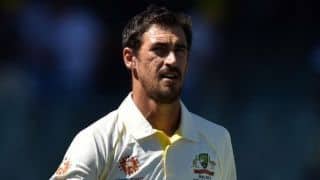