While MI have so far lived up to their reputation of slow starters, winning a game and losing two, CSK are topping the points table with three wins in as many games.

While MI have so far lived up to their reputation of slow starters, winning a game and losing two, CSK are topping the points table with three wins in as many games. (ALSO READ: Dhoni, Bravo keep Chennai s winning streak intact despite Rajasthan s late surge)

The Rohit Sharma-led side will be keen to make their return to their fortress memorable and better their head-to-head record against MS Dhoni and Co. (ALSO READ: Murugan Ashwin, KL Rahul star as Punjab beat Mumbai by eight wickets)

Weather: Sunny with a maximum high of 33 degrees Celsius

You can also follow LIVE coverage of the match on CricketCountry (Mumbai Indians vs Chennai Super Kings: SCORECARD)

Is it time to drop Kieron Pollard from the playing XI? The West Indian, although has a tendency to score big at least once each season, has failed to contribute with the bat. While his fielding has always been an asset, his batting has been an issue for a long time now. MI can think of bringing in Ben Cutting in the playing XI. The Australian can chip in with a few overs and has the ability to hit big with the bat as well.

If not Cutting, then MI can think of handing debut to Siddhesh Lad. He has been around the domestic circuit for a while and can provide much-needed stability to MI s otherwise flamboyant middle-order.

Coming to MI s bowling, Jasprit Bumrah will be leading the pace attack. The Indian pacer had sustained an injury in the first game for MI. However, he has shown no signs of slowing down and was pivotal in MI s win against the Virat Kohli-led Royal Challengers Bangalore (RCB). MI, however, will need to take stock of the other pace-bowling options.

While Lasith Malinga may still spring a surprise, bowling those vintage yorkers, MI may think of picking the West Indian pacer Alzarri Joseph in the playing XI. The other change they may want to make is to pick Jason Behrendorff in place Mitchell McClenaghan.

Dhoni has time and again made it clear that CSK is not going to do much tinkering to its playing XI too often. What he has also shown is that his side may field just three non-Indians in the playing XI, when they can field as many as four. While Mitchell Santner got a chance in the previous game when Chennai took on Rajasthan at home, Dhoni may just bring back Harbhajan Singh in the team in place of the New Zealander.

Dhoni, meanwhile, will want his openers, especially Ambati Rayudu, to fire. The right-hander did score 28 against Virat Kohli-led Royal Challengers Bangalore (RCB) on a tricky Chennai wicket in the first game. However, in the next two games, he could only score 5 and 1 respectively.

If he and Shane Watson, who had scored an unbeaten hundred during his previous appearance (IPL 2018 final) at the venue, could fire at the top, CSK have enough ammunition to score big on a batting-friendly Wankhede track. 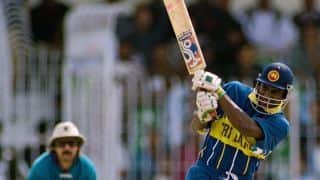 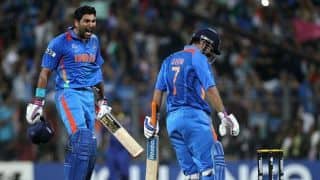