Morrison is optimistic about New Zealand s chances at the quadrennial event which will run from May 30 to July 14.

Former New Zealand pacer Danny Morrison believes India speedster Jasprit Bumrah, who has been rested from the limited-overs series in Australia and New Zealand, will be key to India s chances at the ICC World Cup 2019 in England and Wales.

Bumrah played a pivotal role in India s historic Test series win in Australia. He ended up as the joint-highest wicket taker in the four Tests with 21 wickets from 943 balls, giving away just 357 runs in the process. He bowled over 157 overs during the entire series.

After sealing the bilateral ODI series 2-1, India arrived Auckland on Sunday. They will leave for Napier on Monday morning where the first ODI will be played on Wednesday.

It is fabulous to see the unusual /unorthodox bowling actions still cutting it at the highest levels of the game, unearthing unique talents from the subcontinent.

According to Morrison, who picked up 160 wickets in 48 Tests, head coach Ravi Shastri will also be a vital cog.

Clearly, there is a healthy mutual respect between coach and captain and that relationship holds the key to a successful team. So, from my corner, Ravi Shastri is an important cog in the machine, he explained. (ALSO READ: Cricket is not the most important thing in my life: Virat Kohli)

Meanwhile, the cricketer-turned-commentator is optimistic about New Zealand s chances at the quadrennial event which will run from May 30 to July 14.

I don t subscribe to Black Caps being surprise package anymore! Their run in the 2015 World Cup helped of course, much like 1992 when we made it to the semis… 1996 New Zealand made the quarters, 1999 another semi-final. In 2003 and 07, we were the underachievers but made the semis in 2011… So, I believe the Kiwis lift themselves at World Cups and NZ fans have more of an expectation of doing well. I rate chances of making semis again, he said. (ALSO READ: Mitchell Santner, Tom Latham, Colin de Grandhomme return for ODI series against India)

The BlackCaps have named a strong squad for the five-match ODI series with captain Kane Williamson and left-arm pacer Trent Boult back into the squad after missing out on the one-off Twenty20 against Sri Lanka. Fit-again Mitchell Santner also makes a comeback. [The] bowling department looks good. However, it is the batting that needs a possible tweak with Colin Munro keen to step up in the 50 over-format as well, Morrison said.

Williamson, who led New Zealand to a historic Test series win against Pakistan in the UAE in December last year, is riding high on confidence and Morrison reckons that a lot of the BlackCaps fortunes will rest on their leader.

Kane, like Virat Kohli and Steve Smith, is tremendous mentally and is a cool-headed person who takes fabulous options under pressure. He is hungry to perform and is extremely proud to play for his country, he said. 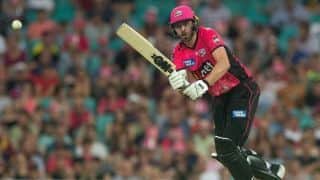 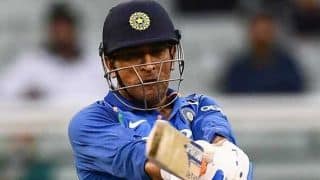