Shaw s career has been nothing short of phenomenal, if not a fairy tale.

Young Prithvi Shaw owned his Test debut for India, scoring a century against West Indies in the first Test at Rajkot and in doing so, became the second youngest Indian ever (at 18 years and 329 days) to score a Test hundred after Sachin Tendulkar, who accomplished the feat at 17 years and 107 days against England in 1990 at Manchester.

Shaw s career has been nothing short of phenomenal, if not a fairy tale. Since his school cricket days, the diminutive batsman has been talking point in the cricket fraternity with many tipping Shaw to be the next big thing in Indian cricket.

Shaw, at the age of 14, enters the record books smashing 546 off 330 balls, an innings decorated with 85 boundaries and five sixes, for Rizvi in the Harris Shield Division A tournament against St Francis D Assisi. Shaw s 546 is the highest then in school cricket before Pranav Dhanawade surpasses the record in 2016 when he hammers 1009. Shaw had also leads Rizvi to the Harris Shield title in 2013.

Shaw is part of the India Under-19 Indian squad that win the youth Asia Cup in Sri Lanka. He also makes his Ranji Trophy debut in the first semi-final against Tamil Nadu and scores 120 in the second innings to help Mumbai to a six-wicket win.

At 17, Shaw makes his List A debut in the Vijay Hazare Trophy. He then becomes the youngest player to score a century on Duleep Trophy debut, a record that Tendulkar owned previously.

Shaw is captain of the India U-19 side that wins the junior World Cup in New Zealand. He is then bought by Indian Premier League side, Delhi Daredevils for Rs 1.2 crore at the 2018 IPL Auction. In the 2018 IPL season, Shaw becomes the youngest player to score an IPL half-century along with Sanju Samson (18 years, 169 days).

Goes on to make his first List A century (132) for India A against Leicestershire. Later in the summer, he is named in India s Test squad for the final two Tests against England, but does not play. Come October, he makes his debut against West Indies where he registers a century and breaks a few records. 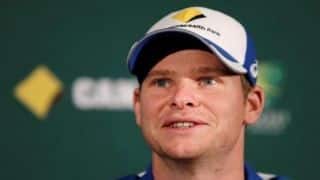