Australian cricket underwent plenty of turmoil on and off the field in the past year.

March 29 marks the start of the Australian pair of Steven Smith and David Warner‘s return to international cricket, after they completed their 12-month bans for their role in the ball-tampering scandal that broke during the Cape Town Test match of March 2018.

Smith and Warner were banned by Cricket Australia (CA) for one year and told that they will never hold leadership roles in the hierarchy of Australian cricket. Their bans ended on March 28, and today Smith and Warner will face off in the 2019 IPL clash between Sunrisers Hyderabad and Rajasthan Royals.

Here’s a look back at the major events that unfolded in Australian cricket in the year that the two were banned.

Already keeping wicket for the South Africa Tests, Tim Paine was named captain of Australia on a long-term basis. Ahead of the ODI tour of England, Paine was named ODI captain as well. (READ: As one-year ban ends, Steve Smith and David Warner ‘paid price’)

Justin Langer takes over as coach

Former Australia batsman Justin Langer was named head coach of the Australian team on May 3, 2018 in the aftermath of Darren Lehman’s resignation. Langer was appointed coach in all three formats of the game and began his new role on May 22 in a four-year term.

On October 29, 2018 the much-anticipated players pact to guide the behaviour of the Australian cricket team was revealed by CA, following an exhaustive review by the Ethics Centre into the board’s failures which has resulted in 42 recommendations to the ruling body. Click here to read the recommendations.

Five ODIs, five losses to England with the last match being a thriller. Australia lost the one-off T20I as well.

Having done well to reach the final of a tri-series in Zimbabwe, Aaron Finch’s team was beaten by six wickets.

Led by Usman Khawaja, Australia eked out an epic draw batting for the longest time in the fourth innings against Pakistan in Dubai, finishing on 362/8. Set a target of 462, or likelier 137 overs to survive, Australia were carried heroically by Khawaja s 141 as he batted almost through the entire fourth innings on a wearing surface.

Australia lose in the UAE

Paine’s team lost the second Test to surrender the series and slip to No 5 in the rankings. Next, they were blanked 0-3 in the T20Is. Their only win on tour game against the UAE in a T20I. (READ: Australian cricket on the mend after torrid 12 months)

Ahead of a short limited-overs home series with South Africa in November, Finch was handed the captaincy of the ODI team as well. Paine, under whom Australia suffered that 0-5 whitewash to England in June, was dropped.

South Africa won the ODIs 2-1 – which saw Australia sink to No 6 in the rankings, their lowest in 30 years – and took the one-off T20I.

Under Paine, this Australian team became the first to lose a home Test series to India. Australia lost in Adelaide, won in Perth and then were beaten at the MCG. The SCG Test was washed out.

After taking the lead in the subsequent ODIs, Finch’s home team lost the next two to lose another bilateral series.

Some respite came for Paine’s team as Sri Lanka were beaten in both Tests at home after India left. It marked Paine’s first series win as captain.

A stunning turnaround in India

Against the odds, Australia landed in India in February and beat the hosts 2-0 in the T20Is. Then they lost the first two ODIs only to script history by becoming the first Australian team to come back from 0-2 down and win a series 3-2.

Courtesy back-to-back hundreds and then a 90 from Finch, Australia took an unassailable 3-0 lead in the five-match series versus Pakistan in the UAE. 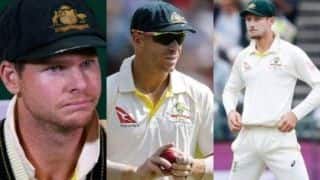 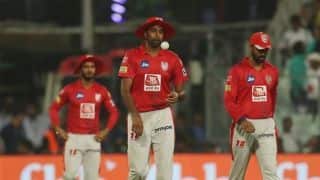