With more contributions from the rest of their batting, the story could ve been different.

The trend of teams continuing their domination at home and crumbling to heavy defeats abroad was somewhat curtailed by the Indian team, even though the results in South Africa and England would suggest otherwise. And yet, a year that had an eerily similar calendar for Indian cricket as 2014, Virat Kohli s team appeared to have gained in confidence, and given their performances, in stature as well, especially after closing the year by retaining the Border-Gavaskar Trophy in Australia.

They welcomed Afghanistan into Test cricket, were unbeaten at home and won Test matches in South Africa, England and Australia. Each run chart for the calendar year was led by an Indian batsman while all three of India s fast bowlers figured in the top ten wicket-takers list in Test cricket, with R Ashwin not too far behind. And yet, with half their Tests won and half lost, it was a year of missed opportunities given the bowling attack they have finally assembled to take 20 wickets regularly. Some more contributions from the rest of their batting and the story could ve been different. As it stands, they go into 2019 hoping to find a stable opening pair in Test cricket.

The tour of South Africa began with defeats in Test matches that could have been avoided; in England they fell behind too soon to fight back, and were consequently drubbed. After breezing past West Indies at home, however, they were able to eke out two monumental victories in Australia to close the year leading the Test series 2-1, even though Australia were without their banned captain and vice-captain.

In limited-overs contests, however, India were imperious, winning their first ever series in South Africa with an astounding 5-1 result, the Asia Cup that included a thrilling tie with Afghanistan and a last-ball victory in the final over Bangladesh. They were victorious at home against the West Indies as well, but in England they were found out, a place they would have liked better results leading up to the ICC Cricket World Cup in 2019.

In T20s India were just as ruthless, and didn t lose a single series with their last contest in Australia ending in a 1-1 draw. India also seemed to unearth the successor of MS Dhoni who we may see the last of in 2019, with both Dinesh Karthik and Rishabh Pant making serious claims for his position in limited-overs and Test cricket.

The year began with Karthik playing a little blinder to give India the Nidahas T20 Trophy, and India winning their first ever ODI series in South Africa, but the high has to be India s Test victories overseas, particularly winning the Adelaide and Melbourne Test matches to retain the Border-Gavaskar Trophy. It was a sign of India finally having put together a bowling attack for all conditions in Test cricket, and being able to sustain the pressure on the opposition to produce victories they found so hard in the years before. India began the year as the No. 1 ranked team in Test cricket, and ended it that way as a result.

Much was written about whether Kohli would be able to exorcise his demons from the 2014 tour of England, and he answered those calls with a sublime hundred in the first Test itself. Cheteshwar Pujara led India to victory in the third Test with a typically gritty century, but India s batting couldn t withstand England s sustained pressure with the ball. Murali Vijay and Shikhar Dhawan s form in Test cricket slumped to new lows, and India moved into the new year with both their regular openers dropped from the team.

Continuing to lead the run charts, Kohli scaled new heights in the year 2018 by scoring 2653 runs in all international cricket, making it three years in a row that he has been the top run-getter across all formats, also ending the year ranked No. 1 in both Tests and ODIs scoring the most runs in the respective formats.

He surpassed Rahul Dravid for the most runs in overseas Tests in a calendar year, overtook Sachin Tendulkar to become the fastest to 10,000 ODI runs, and with his 11th overseas Test win, equalled Sourav Ganguly s impressive captaincy record as well. That he beat Don Bradman to the fastest 1000 runs in Tests in Australia speaks volumes about the kind of form he is in, scoring his sixth century in the country in the process. He became the first Indian captain to retain the Border-Gavaskar Trophy in Australia.

Notable mention: Without the efforts of Jasprit Bumrah, India wouldn t have had half the success that they have had this year in Test cricket overseas. After bursting onto the international scene in the ICC World T20 in 2016, Bumrah broke into the Indian Test team in the opening Test of 2018, and ended up as the fourth highest wicket-taker of the year with 48 at 21.02. His maiden five-wicket haul at the Wanderers was match-winning; his nine-wicket match haul at the MCG series clinching, and India felt his absence in England where he was injured for the first two Tests that India lost.

India s batsmen may have ruled the batting charts across formats in international cricket in 2018, but Kohli s team goes into 2019 having dropped both their Test openers. Shikhar Dhawan enjoyed a lot of success in limited-overs cricket, but his Test form slumped to the extent of the left-hander not being picked for the tour of Australia. However, the stocks of Murali Vijay appear to have dropped the most. The Tamil Nadu batsman had a poor run in 2018, first being dropped from the side in England, returning for the tour of Australia where he was dropped for the Test at the MCG as well. With the entries of Prithvi Shaw and Mayank Agarwal, Vijay will find it difficult to fight his way back into contention.

Bumrah has already established himself as India s fast bowling spearhead, leading the wickets column in Test cricket in 2018, but India found more assurance in unearthing to opening batsmen and a wicketkeeper-batsman for the future. Mumbai s Prithvi Shaw delighted with a hundred on debut against the West Indies at home, but a horrific injury didn t allow him to take part in the series in Australia, while Mayank Agarwal was flown in as a late replacement for the Boxing Day Test, and he produced match-winning returns of 76 and 42 in his first two innings in Test cricket. Rishabh Pant found himself in the deep end of Test cricket in England, and announced his arrival with a six, before settling in with an aggressive maiden century in his third Test. With seven dismissals in his debut Test, Pant showed composure behind the stumps as well, and played a part in India s victory in Adelaide with 11 catches behind the stumps. 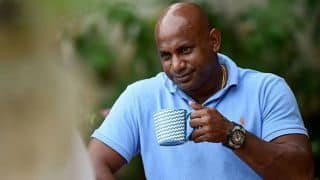