The England & Wales Cricket Board will today announce the preliminary squad of 15 for the 2019 ICC Cricket World Cup, with hosts England set to hand the uncapped Sussex allrounder Jofra Archer his first opportunity.

Chief selector Ed Smith is also due to name two other players who will play in England’s pre-World Cup ODIs versus Ireland and Pakistan in May. This means, in all probability, that the selectors will name Archer as one of those two and have a look at him next month before deciding whether to add him to the World Cup squad by their May 22 deadline.

So far this IPL season, Archer has taken ten wickets in eight games with an economy of 6.77 and scored 40 runs in four innings at a strike-rate of 142.85.

Barbados-born Archer – described by Ben Stokes as the most “naturally-gifted” bowler he has seen is now eligible to represent England and it could be that his all-round talent finds him immediate favour with the selectors. The 24-year-old, who has enhanced his reputation by playing T20 franchise cricket in England, Australia and India, has been earmarked to make England s ODI squad for some time now.

England captain Eoin Morgan has talked up his potential, stating that the allrounder will be trialled in the ODIs against Pakistan, while head coach Trevor Bayliss has hinted that Archer could be the final piece in the team’s World Cup jigsaw.

He has only just qualified to play for England since settling here from Barbados. Chris Jordan, his teammate and close friend, recommended him to Sussex and it is now possible that Archer may overtake Jordan in the pecking order.

Former England captain Nasser Hussain has been a vocal supporter of Archer’s inclusion, and this week said that he poses a big threat to several England cricketers. Darren Gough believes that the selectors should not waste time in drafting Archer in.

However, not everyone is on the same page. Chris Woakes, England’s star allrounder, feels that Archer’s selection so close to the World Cup would be “morally unfair”. Another World Cup hopeful, David Willey, has questioned the logic of fast-tracking Archer into England’s ODI team.

With Woakes, Willey, Liam Plunkett, Tom Curran and Mark Wood all getting chances in ODIs over the past few months, Archer’s inclusion would mean that one player misses out. There is also an outside chance that Chris Jordan returns to the ODI squad, having impressed in England’s most recent T20I series.

Beyond Archer, hosts and the No 1 ranked ODI team England have a very sorted team. Their batting is perhaps the most settled in the world, featuring Jonny Bairstow, Jason Roy, Joe Root, Morgan, Ben Stokes and Jos Buttler with Alex Hales unlucky not to get regular playing time.

Bayliss has suggested that fringe players are in line to get chances in the Pakistan ODIs, which suggests that selectors may look at one of James Vince, Dawid Malan and Sam Billings as one of the options beyond Hales.

Adil Rashid and Moeen Ali are England’s established spinners in white-ball cricket, but there is a chance that Liam Dawson, the left-arm spinner, gets a chance against Pakistan. Kent allrounder Joe Denly is another option. 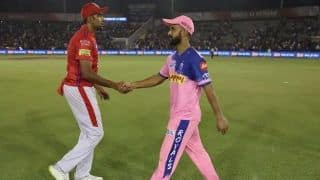